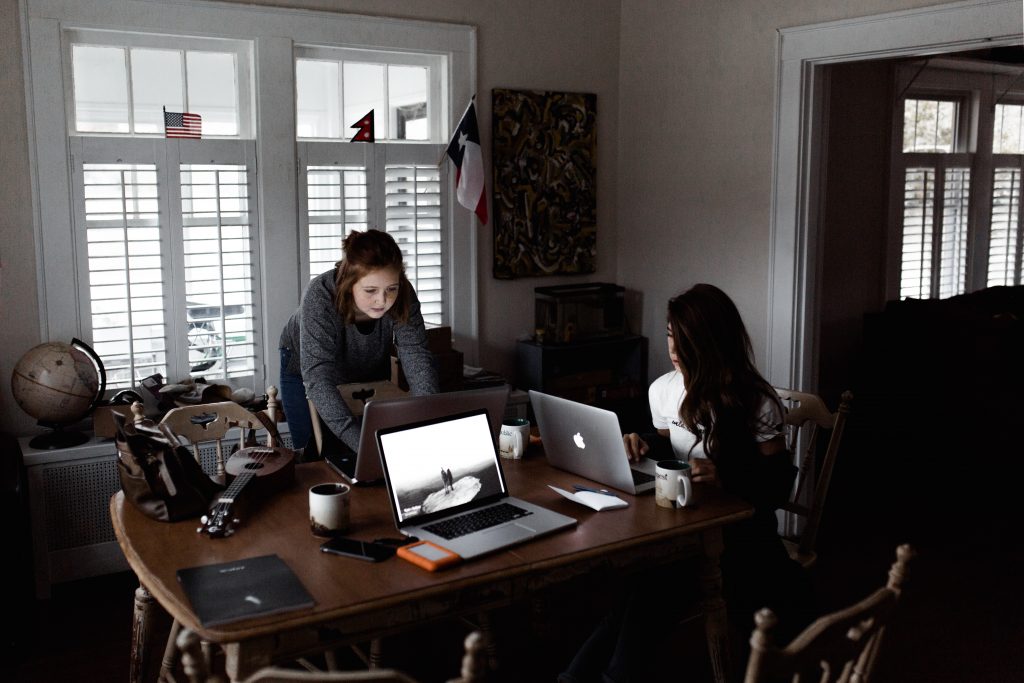 By: Stacey Lastoe for The Muse, Photo by Andrew Neel on Unsplash

It never fails. When I’m looking for a few minutes of distraction at work, everyone around me seems positively buried in work—no time to discuss the nuances of The Night Of, no patience to chat about where to find the city’s best Mexican food, or whether to buy the new iPhone even though it doesn’t have a headphone jack and I don’t actually need a new phone.

As social creatures we often crave interaction with others throughout the day; the problem is when our schedules don’t line up. Of course, when I’m slammed and attending to a seemingly endless number of items on my to-do list, inevitably this is when my work pals try to lure me into friendly conversation.

Even though I’d be stressing about all of the things I should be doing instead of wasting time chatting about nothing important, I used to find myself at a loss as for how to politely disengage. The last thing I wanted was to be rude or make it seem as though I’m so important and busy that I didn’t have a couple of minutes to spare. I worried that being brusque would ostracize me.

Talk about overthinking something! There’s nothing wrong with allowing yourself to focus and be really busy when that’s what you need to be. You don’t have to sacrifice having friends at work simply because you choose to limit your spontaneous social interactions throughout the day. There’s a way to politely shut down the conversation without offending or rejecting anyone. It’s not as if you’re saying that you never want to have a non-work related conversation just because you can’t right now.

Whether you put on headphones (no one but you has to know there’s no music playing), set yourself to “busy” on whatever chat channel your company uses, or refuse to lift your gaze from your computer screen, there are myriad ways to demonstrate that it’s best not to be interrupted at this point in time. (In fact, our company recently starting using this paper approach.) This outward “showing” is the least you can do, and if it doesn’t work, then you move on the next thing:

If you’re looped into a conversation before you have time to explain that now’s not a great time for you to be led astray from your work, simply don’t get caught up in opening yourself up to the topic. You might actually be dying to talk about last week’s NFL match-up—but not before you finish this spreadsheet, send those three emails, and update the status report.

In an effort to make it clear that you’re not some curmudgeon who doesn’t know how to socialize, try saying something like this, “I have plenty to say about Seattle’s running game, but if I get started now, I’ll never get anything done. I’ll find you later, and you can try to convince me why your Bills aren’t the worst team in the league.”

If you’re serious about talking to this person later, just say so. Wouldn’t you respect someone who told you she wanted to resume the conversation in a little while?

On occasion, you’ll find yourself up against a person who doesn’t get it, who can’t take a hint, or is too distracted himself to want to. That’s when you reach for the one-word answers and long pauses if you’re talking online. If you don’t do anything to further the conversation, there’s little hope of it going anywhere. After a couple of minutes of you barely offering crumbs to the topic, you can rush in with this, “I’m so sorry, but I’m super crazed right now. Can we please talk later?”

At this point, the interrupter will have little choice but to accept what you’ve said at face-value, and if you say it with a smile (or an exclamation point if you’re chatting virtually), you can rest assured that you’ve taken care not to come across as rude or impolite.

If worse comes to worse and you find yourself unable to escape the numerous daily distractions that are your colleagues’ flesh and blood friendliness, you can always pretend you’re on a call or are about to get on a call. Sure, it’s a bit dishonest, but if it’s in the good name of doing your joband doing it well, and you’re not doing it to be a jerk, it’s hardly anything to over-think.

Keep in mind that when things slow down for you and you’re in the mood to kill some time talking to your colleagues, the same might not be true for them. Show the respect you endeavor to receive, and you’ll remain on good terms with your co-workers no matter how many water cooler conversations you subtly or not so subtly reject.