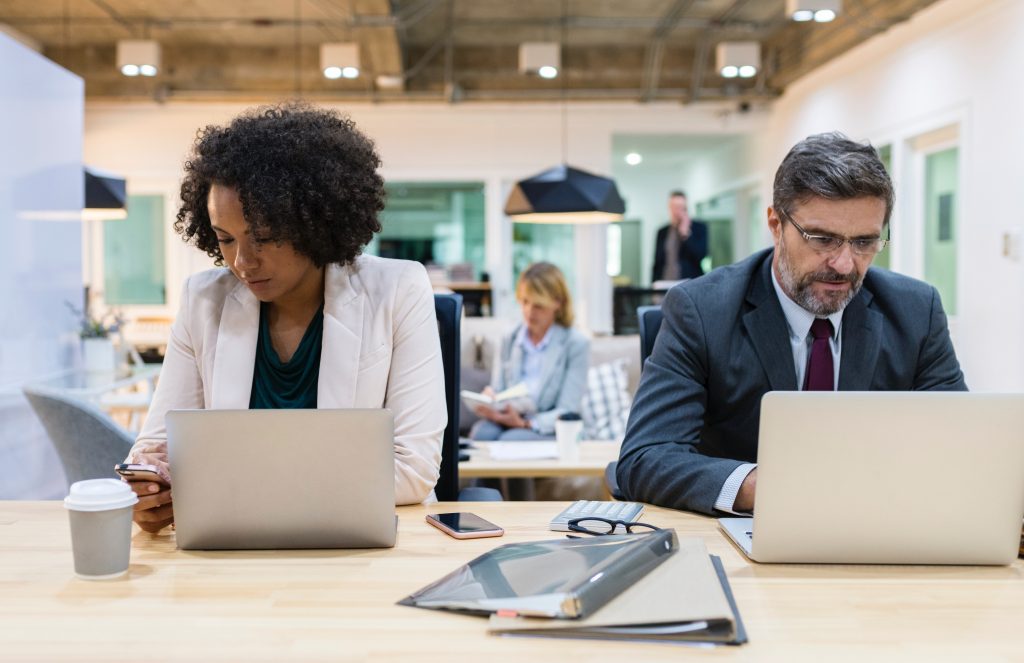 By: Scott Mautz for Inc., Photo by rawpixel on Unsplash

In today’s scorching labor market, leaders can’t afford to watch their best employees exit stage left. And yet leaders are often the ones creating the drama.

Research from Gallup indicates two-thirds of full-time employees experience burnout, which not only leads to their being 2.6 times more likely to quit, it also affects their health, self-confidence, and trust levels.

Burnout is avoidable–if the leader knows what behaviors cause it. Here are the top five deadliest contributors to employees’ feeling drained and ready to dart. Leaders, leave these behind.

Leaders must create a level playing field. We all just want a fair deal and to be dealt with fairly. Showing favoritism toward one employee over another has a demotivating ripple effect, as it says there are different rules for different people. This, in turn, creates feelings of hopelessness and can even raise questions about the leader’s integrity.

Early in my career, I watched a leader prop up his group of favorites with constant praise and continual exceptions he’d make for them. Predictably, it tanked morale in the organization, and even the “favorites” told me they were uncomfortable with the unfair advantage they seemed to have over peers (although that didn’t stop them from milking it to their personal gain, I might add).

It stands to reason that a major cause of burnout would be too much work. So what’s a leader to do?

Check in with the employee and familiarize yourself with the extent of all that they’re working on. Don’t assume everything you need them to do is additive. I’ve seen many a leader just keep piling it on, figuring if they don’t hear squeals from their employees, they might be bending but not breaking.

Watch for signals of pride, too, i.e., an employee not wanting to admit they can’t do it all. If you’ve built a trusting relationship with them, they’ll feel comfortable letting you know when enough is enough.

The Gallup research indicates that an astonishing 40 percent of workers aren’t clear on what’s expected of them. This lack of clarity leads employees to feel they aren’t working on the right things and aren’t impacting what really matters.

I can tell you from experience, that gets old pronto. The absolute least satisfying periods in my corporate life were when I wasn’t sure what I was supposed to be doing or if I was even adding any value on anything that counted.

As I describe in my book, Make It Matter, when Mark Shapiro was general manager of the Cleveland Indians, he was twice named Sporting News’ Executive of the Year. His secret? Driving role clarity throughout his organization. He invested the time to make sure that every single person in the Indians organization, all the way down to the interns who analyzed game tapes, understood their role in the mission of the organization and how their work could positively impact that mission.

4. Lack of communication and support from manager

The solution is to take the time to invest in communication, care enough to inquire and support, and then simply listen. Mary Kay Ash built an entire cosmetics empire around a simple philosophy, “Everyone has an invisible sign around their neck that says, ‘Make me feel important.'”

How well do you do under constant, unrelenting, and unreasonable time constraints? Well, employees don’t fare much better. Sometimes things are truly urgent–that’s business. But the key is to treat urgent with kid gloves. Before you give an aggressive timeline to employees, pause to consider three things: the intent, source, and pattern behind the urgent request.

Is the intent to share a genuinely urgent need, or are you passing on a seemingly urgent request from another source without first questioning the need for speed? Also, be mindful of the pattern of such urgent requests. Do they tend to come when you’re preparing for big quarterly meetings or in response to an executive’s visit? If you notice a pattern, you can at least better anticipate similar requests in the future and diffuse the urgency.

So, be mindful to not have their minds so full (and tired) that you cause burnout.